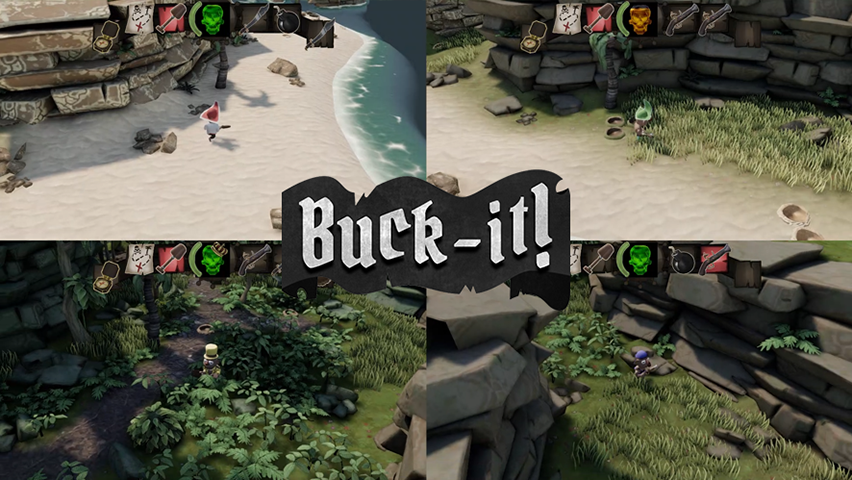 Buck-it is a competitive local multiplayer party game in which pirates dig for and fight over treasure for the Nintendo Switch.
Four players are thrown on an island with only a paddle. Their goal is to find the treasures buried on the island and battle each other for and with anything they can get their hands on before the volcano erupts.

The term during which this project was conceptualised and created was the first term that our university had access to the switch development kits so we jumped at the opportunity to develop something on it. We wanted to create a fun party game in which, similar to games like the local multiplayer of Mario Kart, part of the fun comes from annoying your friends next to you.
We wanted the treasure hunt to be a central aspect of the game even though all visual information is constantly available to all players through the split screen multiplayer. Our solution was to use the HD Rumble feature of the Switch controllers to communicate treasure positions below the characters through altering vibration patterns and intensity.

Probably the most notable takeaway from this project was working within the restrictions of the Nintendo Switch. We ran into some issues when trying to run certain custom shaders on the system and also had to optimise quite a bit (especially the terrain) since we had to render four cameras at all times because of the split screen. Most university projects tend to be developed for PC so students normally don’t have to worry about such topics.

Additionally, this was my first project with a focus on melee combat which was incredibly fun to implement but required a lot of fine tuning and play testing to make it feel right. 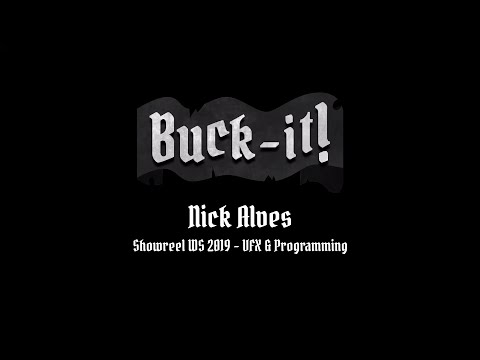